Muscle fatigue most often occurs during strenuous dynamic physical activity (James, Scheurmann & Smith, 2010) and within sport, can be explained as a reduction of maximal force or power that is associated with sustained exercise, or the inability to produce or maintain a required force or power output (Celine et al., 2011).

Neuromuscular fatigue is a vast topic of research and though many of the causes are still obscure, it is agreed to be the result of a combination of central and peripheral factors (Allen, Lamb, & Westerblad, 2008; Enoka & Duchateau, 2008; Fitts, 1994; Waldron & Highton, 2014).

In a few more words, central fatigue is related to reduced central motor drive of the central nervous system (CNS) due to changes in the synaptic concentration of neurotransmitters and therefore its ability to recruit available motor units (Davis and Bailey, 1997).

Peripheral fatigue on the other hand, relates to limitations of muscle capacity through biochemical changes (Waldron & Highton, 2014), such as an increase in blood lactate concentration and hydrogen ion accumulation (Mohr, Krustup & Bangsbo, 2003). It occurs at, or distal to, the neuromuscular junction and is thought to be linked to several mechanisms such as failure of excitation-contraction coupling, a disruption in neuromuscular transmission and the inhibition of muscle contraction through either the build-up or depletion of metabolites (Kent-Braun, 1999). 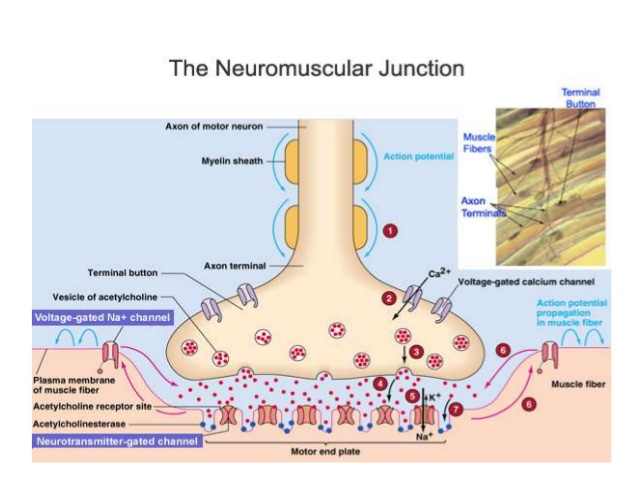 Lactate and hydrogen ions (H+) production is the result of glucose breakdown. If a sufficient amount of oxygen is not available to the working muscles then hydrogen ion concentrations begin to rise and the muscles, including blood flow to the muscles, become acidic. This acidic environment blocks neuromuscular transmission (signal to and from the brain and muscle), slowing down the individual in order to allow more oxygen to get to the working muscles.

Decreased work rate within sports has been affiliated with reduction in muscle glycogen content (Saltin, 1991) while other factors such as physiological changes within the muscle cell, dehydration and a reduction of recruitable muscle fibres for force production have also been suggested (Saltin, 1973; Jacobs et al., 1982; Bangsbo, 1994). Sjersted and Sjoogard (2000) hypothesized that the sarcolemma was one of the sites of fatigue due to its inability of maintaining sodium and potassium concentrations during repeated stimulation. As a result of inefficiency of the sodium/potassium pump, potassium concentrations increase outside the membrane, in turn decreasing the amount within the membrane. This leads to depolarization of the cell, thus reducing action potential amplitude.

Recovery from peripheral fatigue where it relates to metabolic factors and impairments in neuromuscular transmission is known as high frequency fatigue and has been shown to occur within shorts periods of time following exhaustive exercise (Bruton, Lannergren, & Westerblad, 1998; Saltin, Radegran, Koskolou, & Roach, 1998). Low frequency fatigue on the other hand, is related to peripheral fatigue due to impairments within the excitation-contraction coupling process, and occurs as a result of repeated short intervals of repeated muscle stimulation. This type of fatigue is more prominent following eccentric exercise and is likely the cause of a longer lasting neuromuscular fatigue (Keeton & Binder-Macleod, 2006).

Fatigue within sports is primarily identified through a decline in performance (Reilly, 1994). A fatigue effect has been reported to be noticeable in soccer, particularly within the second half due to an observation of decreased work rate (Reilly and Thomas, 1976). Bangsbo et al (1991) reported a 5% greater distance covered within the first half by professional soccer players,

Fatigue been shown to impair sprinting mechanics and joint stability. Such a combination of factors is likely to predispose players to injury during tasks that have high mechanical demands. (Greig, 2009). Fatigue leads to altered movement patterns of athletes into more stressful positions (Borotikar et al., 2008), and has been reported to be a direct contributor towards injuries such anterior cruciate ligament (ACL) injury via promotion of high risk biomechanics (McLean & Samorezov, 2009)

With advancements in team sports performance analysis such as player tracking technology, fatigue is a popular topic of interest and has usually been associated with variables such as running performance, distance covered from baseline, along with reported changes in neuromuscular force or sprinting ability (Rampinini et al., 2011). Basic physiological measures such as heart rate and blood lactate provide a useful index of overall physiological strain and anaerobic energy yield in response to high intensity situations respectively (Reilly & Thomas, 1997; Reilly, 1997). Thus, combining these variables with a measurement in decrease of muscular force overtime within match play may help indicate acute neuromuscular fatigue. 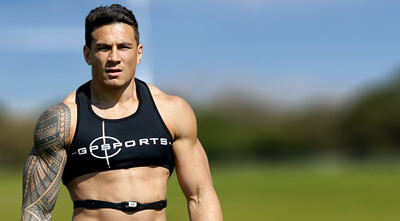 Other ways include monitoring training load through session RPE’s (rate of perceived exertion) or/and RSI (Reactive strength index). These are easily obtained through a set of numbers based on session time and perceived exertion or using a jump mat and monitoring jump performance which is custom for most professional athletes particularly within team sports. An example and some uses for these two methods are summarised in the below picture.

Sport scientists and S&C coaches may prefer to use other methods of further analysis through a combination of the above mentioned factors or equations such as the Fatigue Index equation (Fitzsimons, Dawson, Ward & Wilkinson, 1993) based on peak running speed/peak force produced and sum of general running speeds or general force produced, depending on the athlete being monitored.